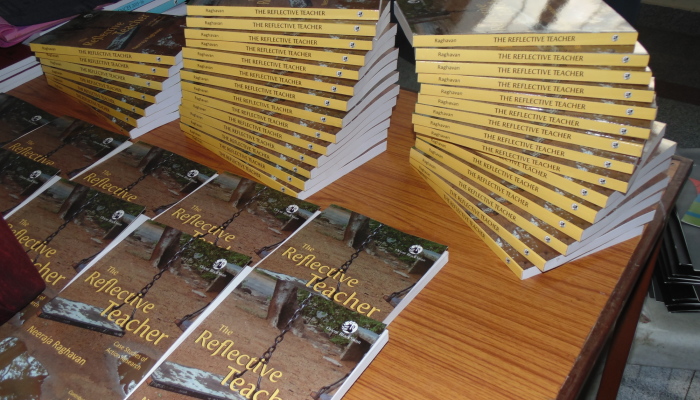 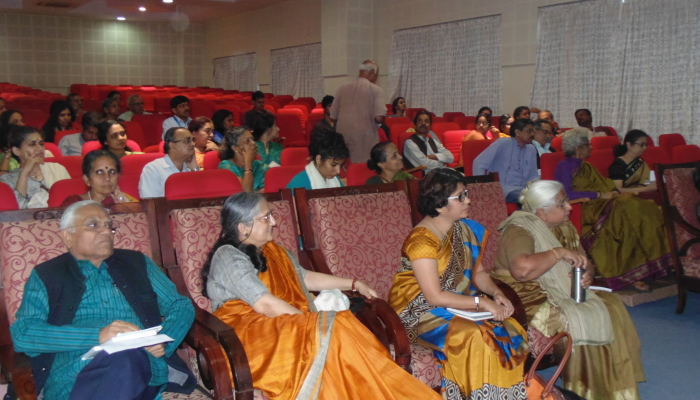 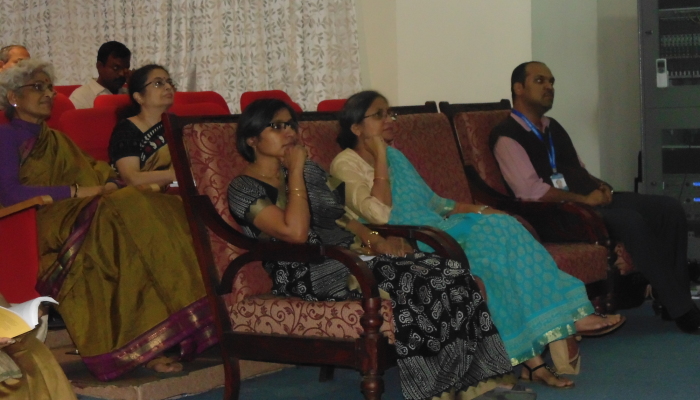 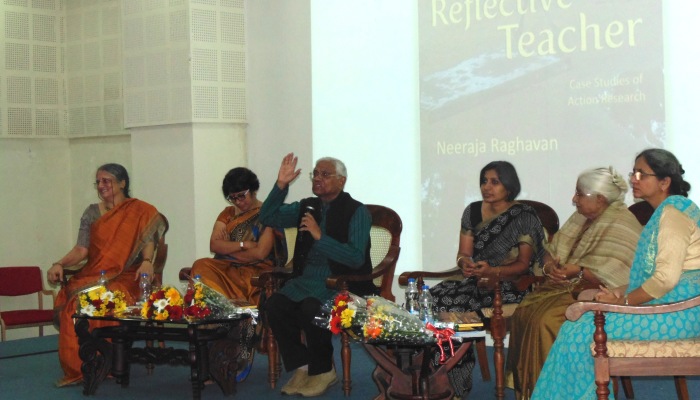 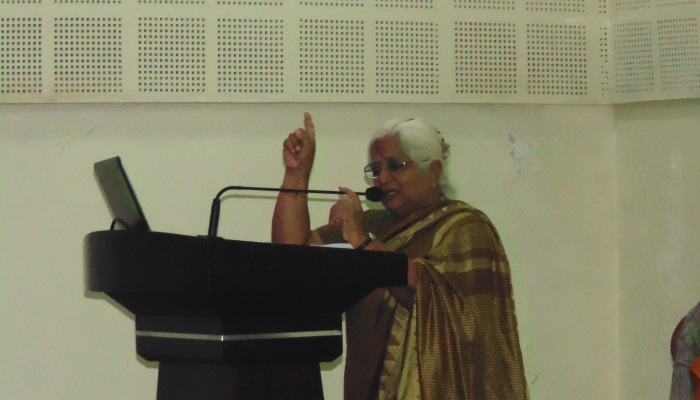 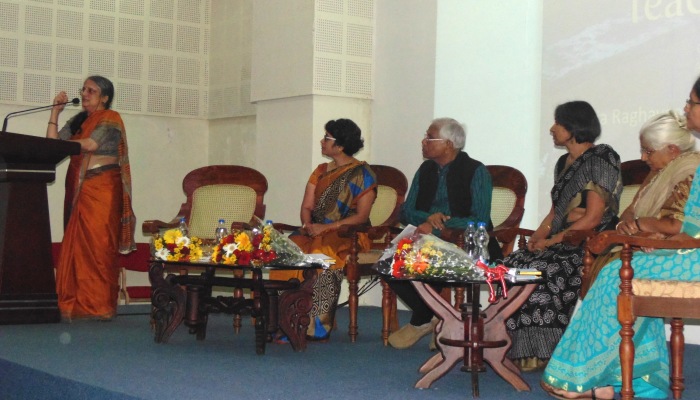 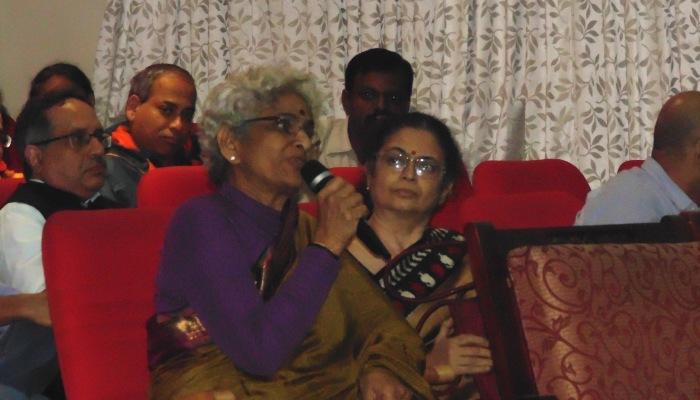 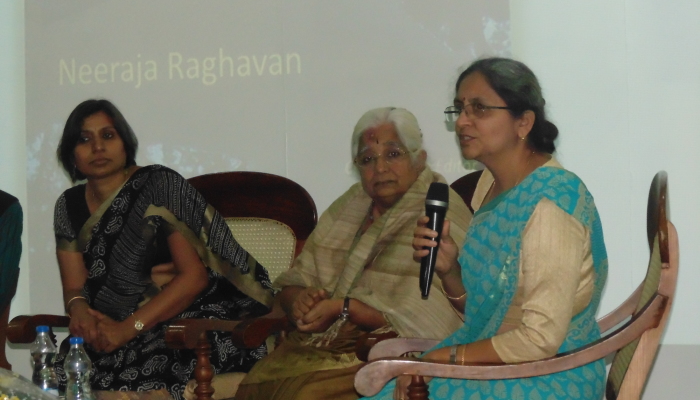 On 10th December 2015, Christ University and Orient Blackswan co-hosted the launch of THE REFLECTIVE TEACHER: Case Studies of Action Research (By Neeraja Raghavan, Contributing Editor Vineeta Sood) published by Orient Blackswan, in Bangalore, in Christ University. The book was released by Shri S C Behar (Board Member, Azim Premji Foundation) and discussed by panelists representing the targeted readership of the book: a teacher (Ms Sneha Chowdhury of Prakriya Green Wisdom School, Bangalore), a teacher educator (Ms Anitha Rao, Mysuru) and a Head of a School (Ms Prema Rangachary, Director, Vidyavanam School, Anaikatti). Each of them presented their take on the book and brought out how the case studies contained therein were meaningful for them. A short film was first screened in order to give a flavour of the contents of the book: it showed one of the case studies encapsulated in the book. The author and contributing editor then described the evolution of the project, and highlighted some of the remarkable shifts that they had seen in teachers, as they worked on this study. Sneha Chowdhury (Teacher) felt this book could serve as a manual for teachers to perform action research and enhance their reflexivity. Prema Rangachary (Director, Vidyavanam School) said this book would be of great value to her teachers, as her school is always in the experimental mode, and they constantly evolve their processes so as to re-examine their effectiveness. Since her teachers do not go by prescribed curricula or text books – they connect to the child in the here-and-now – this book would help them. Anitha Rao (Teacher Educator) found the book to be an excellent handbook for in-service training of teachers.

Mr. Behar observed: “Human beings are fundamentally reflective.” However, as Vineeta Sood (Contributing Editor) pointed out, when trust is imposed in the teacher, (s)he feels empowered to reflect and trust her/his own refection – so as to then act on it. Both the author as well as the contributing editor described a few instances where such reflection on reflection-in-action had made teachers in Azim Premji School, Uttarakhand revisit their own assumptions – and even question them. Mr. Behar expressed the hope that this book would start a renaissance in the field of education, with teachers and Heads of Schools focusing on developing reflective teachers. He also emphasised how reflective teachers would eventually evolve into independent thinkers and this, he said, should be the ultimate aim of education. Society, he noted, does not want independent thinkers: it only wants conformists. But true education, he demurred, should allow the flowering of each child’s mind, and for that, reflective teachers are essential.